Would Bombing the Tracks to Auschwitz Not Have Mattered?

Asher Izrael claims that bombing the train tracks during WWII would not have prevented or significantly reduced the number of Jews murdered in extermination camps.

I am not convinced. It is a standard military tactic to disrupt the enemy’s supply lines, and even if the enemy is efficient and quickly repairs the damage, it is relatively low hanging fruit that does disrupt the enemy army. Even short term disruptions are valuable, otherwise, why bother bombing those tracks that would have carried German soldiers to Normandy, which he mentions in his article? And bomb the same tracks often enough, and they won’t be repaired anymore.

END_OF_DOCUMENT_TOKEN_TO_BE_REPLACED 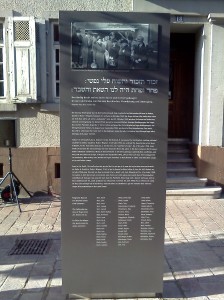